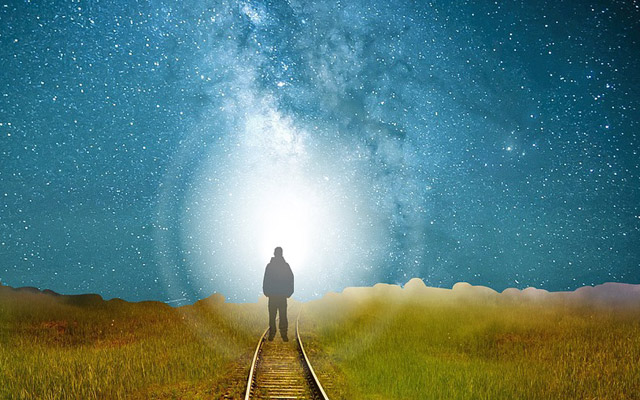 Is There A God?

Science gives ample reason to believe in God. Why is DNA important?

This article has been reproduced in its entirety from and is the sole copyright of this website – www.everystudent.com/

British philosopher, Dr. Antony Flew, was a leading spokesperson for atheism, actively involved in debate after debate. However, scientific discoveries within the last 30 years brought him to a conclusion he could not avoid. In a video interview in December 2004 he stated, “Super-intelligence is the only good explanation for the origin of life and the complexity of nature.”1 Prominent in his conclusion were the discoveries of DNA. Here’s why.

DNA in our cells is very similar to an intricate computer program.

In the same way, DNA is made up of four chemicals, abbreviated as letters A, T, G, and C. Much like the ones and zeros, these letters are arranged in the human cell like this: CGTGTGACTCGCTCCTGAT and so on. The order in which they are arranged instructs the cell’s actions.

What is amazing is that within the tiny space in every cell in your body, this code is three billion letters long!!2

To grasp the amount of DNA information in one cell, “a live reading of that code at a rate of three letters per second would take thirty-one years, even if reading continued day and night.”3 Wait, there’s more.

See transcript of this video below.

It has been determined that 99.9% of your DNA is similar to everyone’s genetic makeup.4 What is uniquely you comes in the fractional difference in how those three billion letters are sequenced in your cells.

The U.S. government is able to identify everyone in our country by the arrangement of a nine-digit social security number. Yet, inside every cell in you is a three-billion-lettered DNA structure that belongs only to you. This code identifies you and continually instructs your cells’ behavior.

You Can See Why DNA Is Important

Dr. Francis Collins, director of the Human Genome Project (that mapped the human DNA structure) said that one can “think of DNA as an instructional script, a software program, sitting in the nucleus of the cell.”5

Perry Marshall, an information specialist, comments on the implications of this. “There has never existed a computer program that wasn’t designed…[whether it is] a code, or a program, or a message given through a language, there is always an intelligent mind behind it.”6

Just as former atheist Dr. Antony Flew questioned, it is legitimate to ask oneself regarding this three billion letter code instructing the cell…who wrote this script? Who placed this working code, inside the cell? 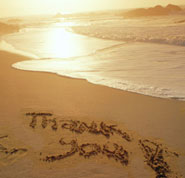 It’s like walking along the beach and you see in the sand, “Mike loves Michelle.” You know the waves rolling up on the beach didn’t form that–a person wrote that. It is a precise message. It is clear communication. In the same way, the DNA structure is a complex, three-billion-lettered script, informing and directing the cell’s process.

How can one explain this sophisticated messaging, coding, residing in our cells?

On June 26, 2000, President Clinton congratulated those who completed the human genome sequencing. President Clinton said, “Today we are learning the language in which God created life. We are gaining ever more awe for the complexity, the beauty, the wonder of God’s most divine and sacred gift.”7 Dr. Francis Collins, director of the Human Genome Project, followed Clinton to the podium stating, “It is humbling for me and awe inspiring to realize that we have caught the first glimpse of our own instruction book, previously known only to God.”8

When looking at the DNA structure within the human body, we cannot escape the presence of intelligent (incredibly intelligent) design.

According to the Bible (which is itself incredibly complex) God is not only the Author of our existence, but he is the Relationship that makes our existence meaningful. All the intangibles in life that we crave…enough strength for any situation, joy, wisdom, and knowing we are loved…God alone gives these to us as we listen to him and trust him. He is our greatest, reliable guide in life. Just as he has engineered DNA to instruct the cell, he offers to instruct us to make our lives function well, for his glory and for our sake, because he loves us.

Why is DNA important? It’s one more proof for God. He designed our bodies. He can also be trusted to design your life. Have you ever begun a relationship with God? This explains how you can: Knowing God Personally.

Suppose the gravitational constant was just a teeny bit weaker than it is.

Well, amazingly, if it were just one part in ten to the fourteenth weaker than its actual value, than after the Big Bang there would not have been enough gravitational force to result in coalescence of stars, galaxies, planets, and us. It would have been this infinitely diffused, sterile universe without the possibility of anything like life.

If the gravitational constant was a tiny bit stronger, then everything would come back together a little too soon and the Big Bang would be followed by a Big Crunch. Not a pretty picture, because we needed the time of course for life to appear. And that time would not have been offered.

So here you have a really interesting circumstance where this constant, which could have had almost any value you could imagine, happens to have the precise value, at a very fine tolerance indeed, that makes life possible.

And that’s just one of about fifteen such constants, all of which, if you tinker with them, result in a universe not capable of sustaining any kind of form of life. I’m not just talking about life like we recognize it, but anything that involves complexity.

And that seems to be a profound challenge to the strict atheist. Although there’s a way out of it. So let me tell you what the way out is.

Basically you’ve got two options here. First of all, you cannot say this is just a coincidence. It is too unimaginably unlikely to be just a coincidence. So, either, there is an infinite series of parallel universes out there that we cannot measure, that have different values of these constants, and of course we have to live in the one where life is possible or we wouldn’t be here having this conversation.

Or, you have to say that they were actually set on purpose. Now which of those conclusions requires more faith?

Next Article – Who Created God?